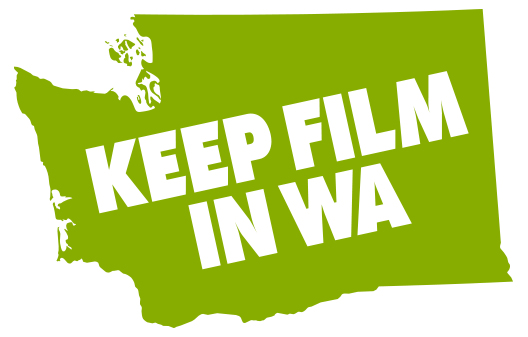 You Still Haven’t RSVP’d to Film Day Yet?!

February 22nd, 2017 Posted by keepfilminwa blog 0 comments on “You Still Haven’t RSVP’d to Film Day Yet?!” Dashing and daring film industry advocates, bolstered by a few errant zombies, assemble on the steps of the State Capitol during Film Day 2016

Film Day is closer than you think, folks! On Monday March 13, film industry professionals from across the state will converge on Olympia to send a clear message to our state legislature: Keep film in WA!

So far this year, we’ve only had 100 people RSVP for Film Day.

Last year around 250 people participated, which was a fantastic turnout, but we can do even better this year. Let’s get at least 300 film professionals and supporters to Olympia Monday, March 13th!

So if you haven’t already, PLEASE RSVP NOW Legislators can’t say no to this little number

Already RSVP’d and wondering what else you can do before the big day? Buy yourself a stylish and sensible “Keep Film in WA” t-shirt! The more activists in green on Monday the 13th, the more visible we are, and the clearer our message becomes.

So reach out to your network, set up a car pool, order a t-shirt, and let’s make this the biggest Film Day yet, because your voice, story, and presence is crucial in this critical year.

Don’t forget to RSVP HERE! and see you in Olympia!

As a reminder, this year’s event will include a virtual and augmented reality demo on the Capitol steps as well a screening of short films made by Washington State filmmakers, curated by our friends at SIFF.

Attendees are encouraged to join us at a no-host Happy Hour at The Fish Tale at 4pm to celebrate the success of Film Day and share individual meeting experiences.