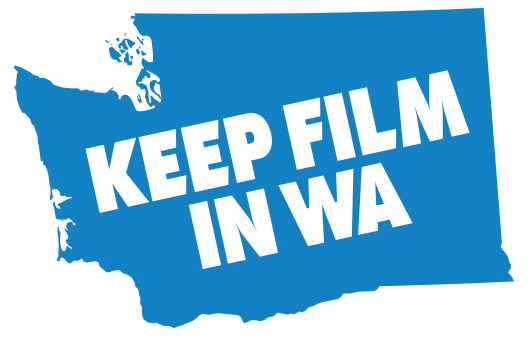 Thanks to our friends at the Spokane Film Project for marshaling their talents and creativity to create this short public service announcement on behalf of the Motion Picture Competitiveness Program. Besides reminding us all about that delightful in-state camel, the video also tells a side of the story that people need to hear: like where all that production money goes (Spoiler Alert: It gets spent by film crews on everything from food to gas to location rentals, benefiting local economies, and, through taxes, it actually reenters the general fund).

A common misconception among those unfamiliar with Washington State’s film incentive program is that this spending benefits a narrow subsection of the economy. That couldn’t be further from the truth. In reality, only 5% of direct spend on a production is with businesses that are unique to film. Film shoots have a diverse array of needs, and the entire economy stands to gain from the presence of an active film production in their community.

Everyone: Share this video with your colleagues. Everyone needs more Izzy the Camel in their life.

Film production crew members: Share this video with your elected officials and tell them where you spend money while woking on a film set.

Let’s remind legislators of all the ways that production dollars enter the local economy and benefit the general fund through taxes.

Ask your legislators to support the legislation—HB 1527 in The House and SB 5502 in The Senate—to extend the sunset date and increase the funding for the Motion Picture Competitiveness Program during this legislative session.